The Institute of Nanoscience and Nanotechnology (INN) of the National Center for Scientific Research (NCSR) “Demokritos” was established in 2012 through the merging of three former Institutes, all established in 1986. The three constituent institutes had been enjoying longstanding recognition in Research, Development and Innovation (R&D&I) within Greece and had always made a significant presence and contribution at the European scientific scene. These were

Demonstrating a remarkable adaptability and resilience, with continuous interactions among its scientists, reinforced by the invaluable support of the technical and administrative personnel and the Center’s administration, INN quickly absorbed the disruption of the abrupt merging. It eventually found its footing and daily rhythms and not only reinforced its position in the Greek and European R&D ecosystem but it repositioned itself as a new, stronger entity by exploiting the opportunities that emerged from the multidisciplinarity, the accumulated expertise and know-how of its researchers and the fertile ground that new collaborations among the research groups of the new institute created.

The R&D&I activities of INN are distributed in seven buildings, all situated in the campus of NCSR “Demokritos”, where four other institutes and “Lefkippos” Technology Park are located. 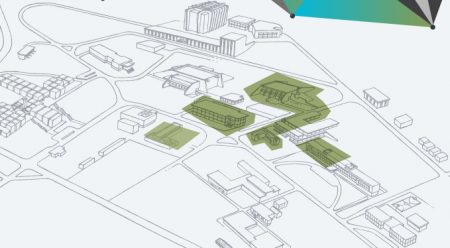