GC–MS system is consisted of an Agilent 6890 Series gas chromatograph interfaced to an Agilent 5973 mass selective detector (Wilmington, DE, USA) equipped with a Hewlett Packard HP 6890 series injector – autosampler (Germany). Agilent MSD Chem-Station software is used for data acquisition, processing and instrument control. Helium is used as carrier gas for the separation of a mixture of volatile compounds in combination to a thermal program with increasing temperature. Electron impact (EI) ionization is applied, enabling the generation of reproducible mass spectra for the structural identification of the compounds. Identification of the compounds can be performed by comparison of the obtained mass spectra of a compound and those that are available in spectral libraries, such as NIST.

GC-MS can be used to separate complex mixtures of volatile and semi-volatile organic compounds, identify unknown peaks and determine trace levels of contamination. 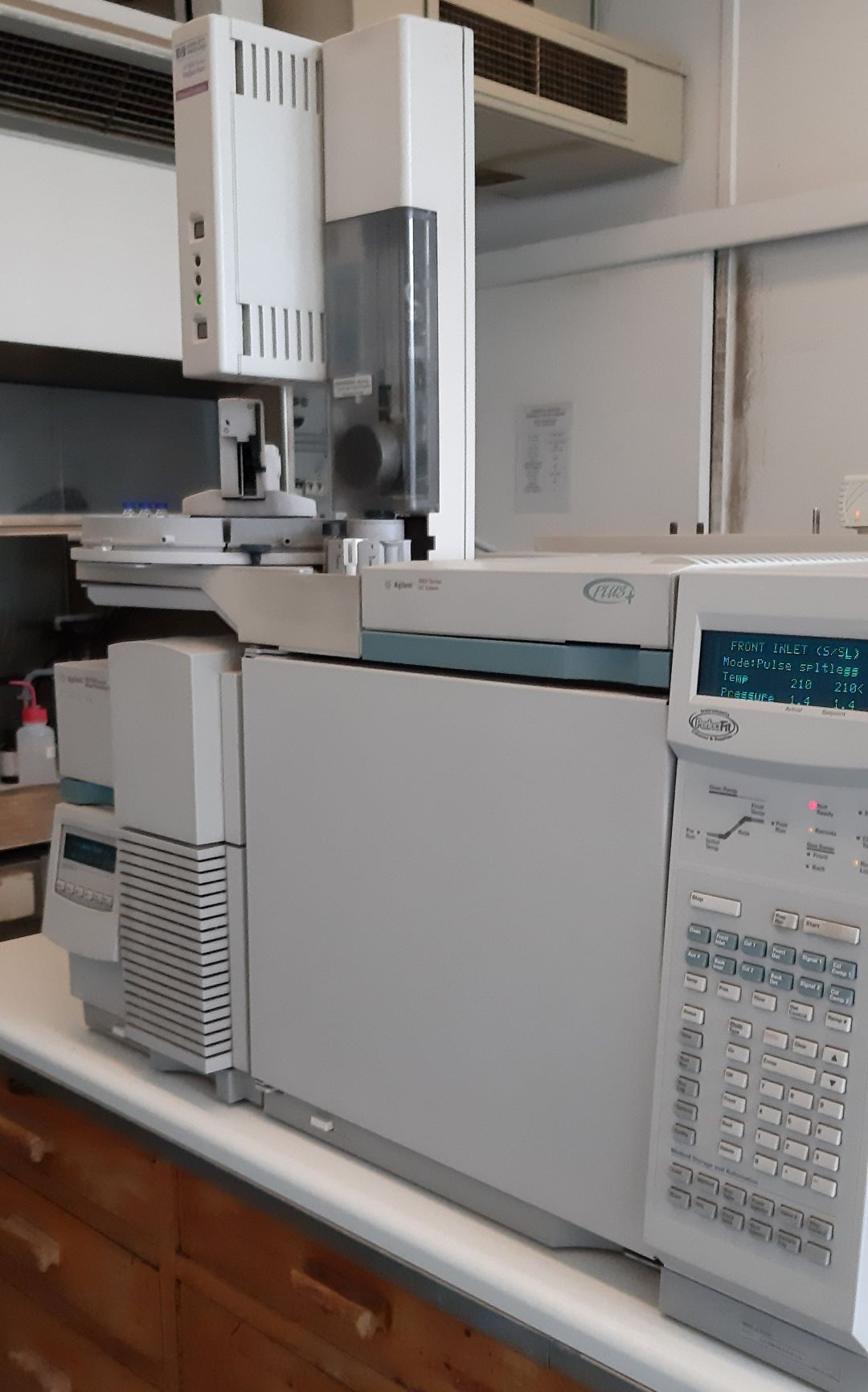 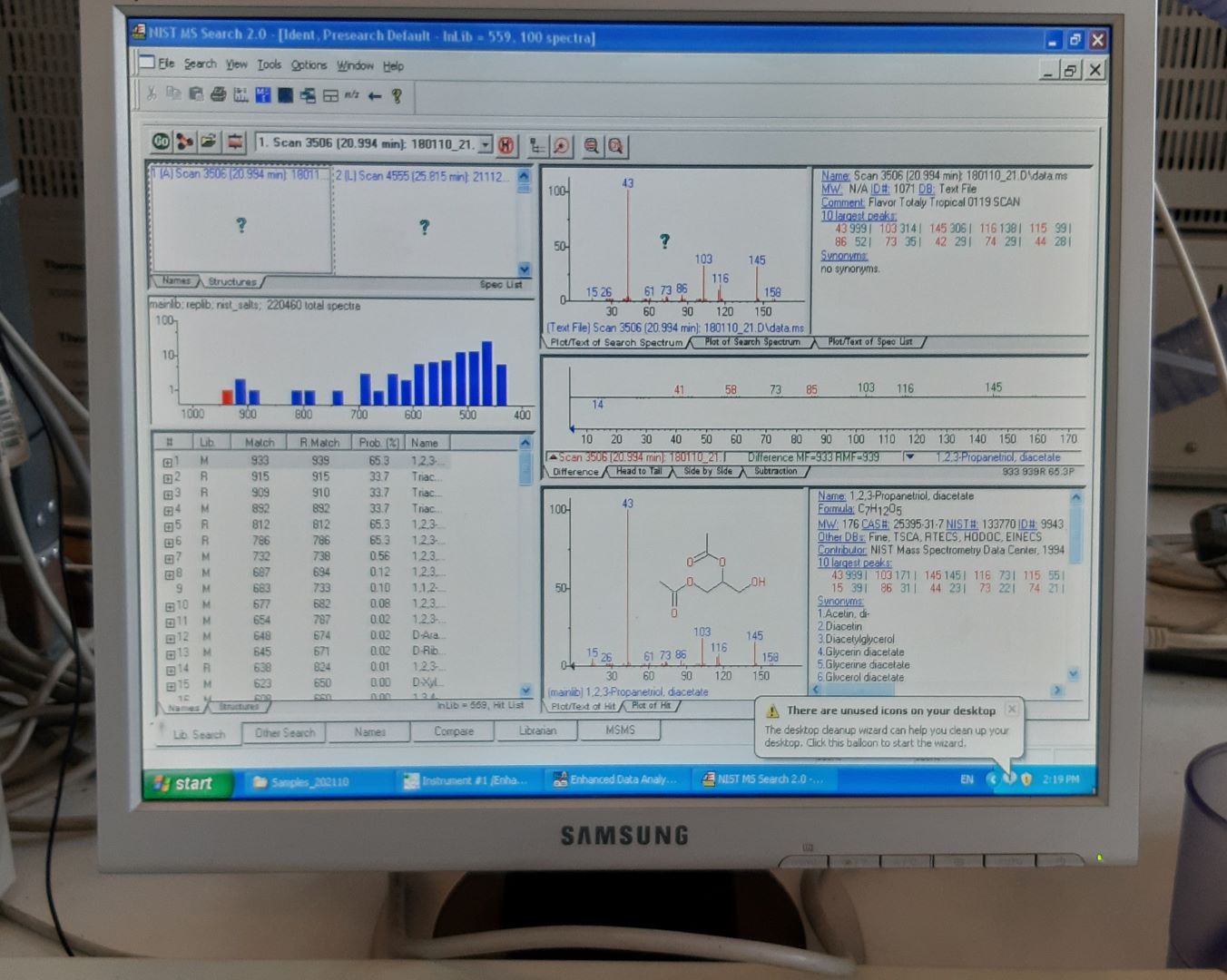