Cyanobacteria produce structurally and biochemically diverse bioactive secondary metabolites such as cyanotoxins, cyanopeptides and T&O that have been implicated in water contamination, human health problems and animal fatalities. The main aim of this activity is to fill current research gaps in the areas of (a) cyano-metabolites’ analysis in environmental samples, and (b) their presence in freshwater ecosystems.

For this purpose, novel analytical workflows based on mass spectrometric methods (LC/MS-MS and HRMS) in combination with advanced software and databases have been developed to cover a wide range of cyano-metabolites with focus to cyanotoxins/cyanopeptides beyond those commercially available, to generate their analytical fingerprints (MS reference spectra) and to make them openly available facilitating compound identification. 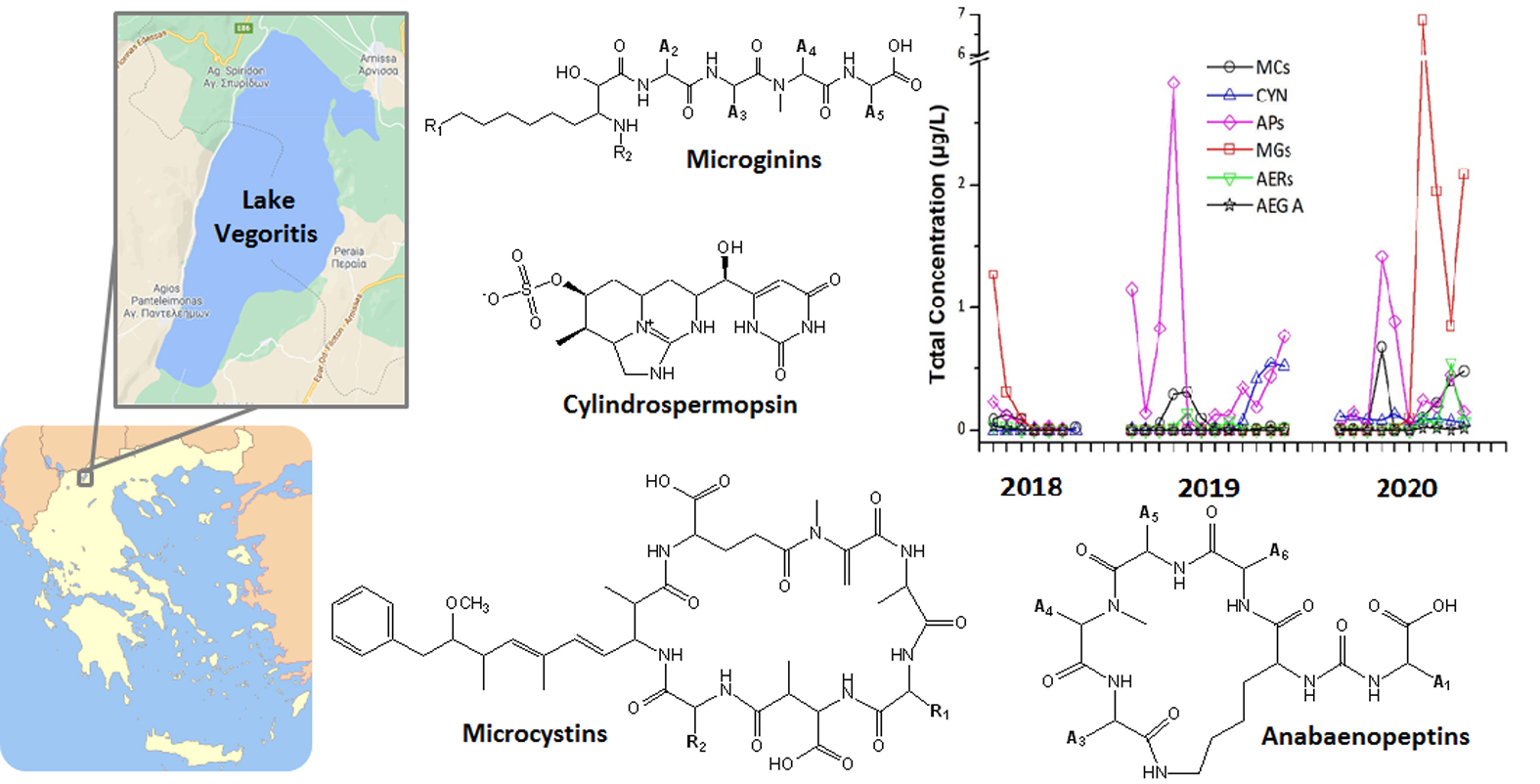 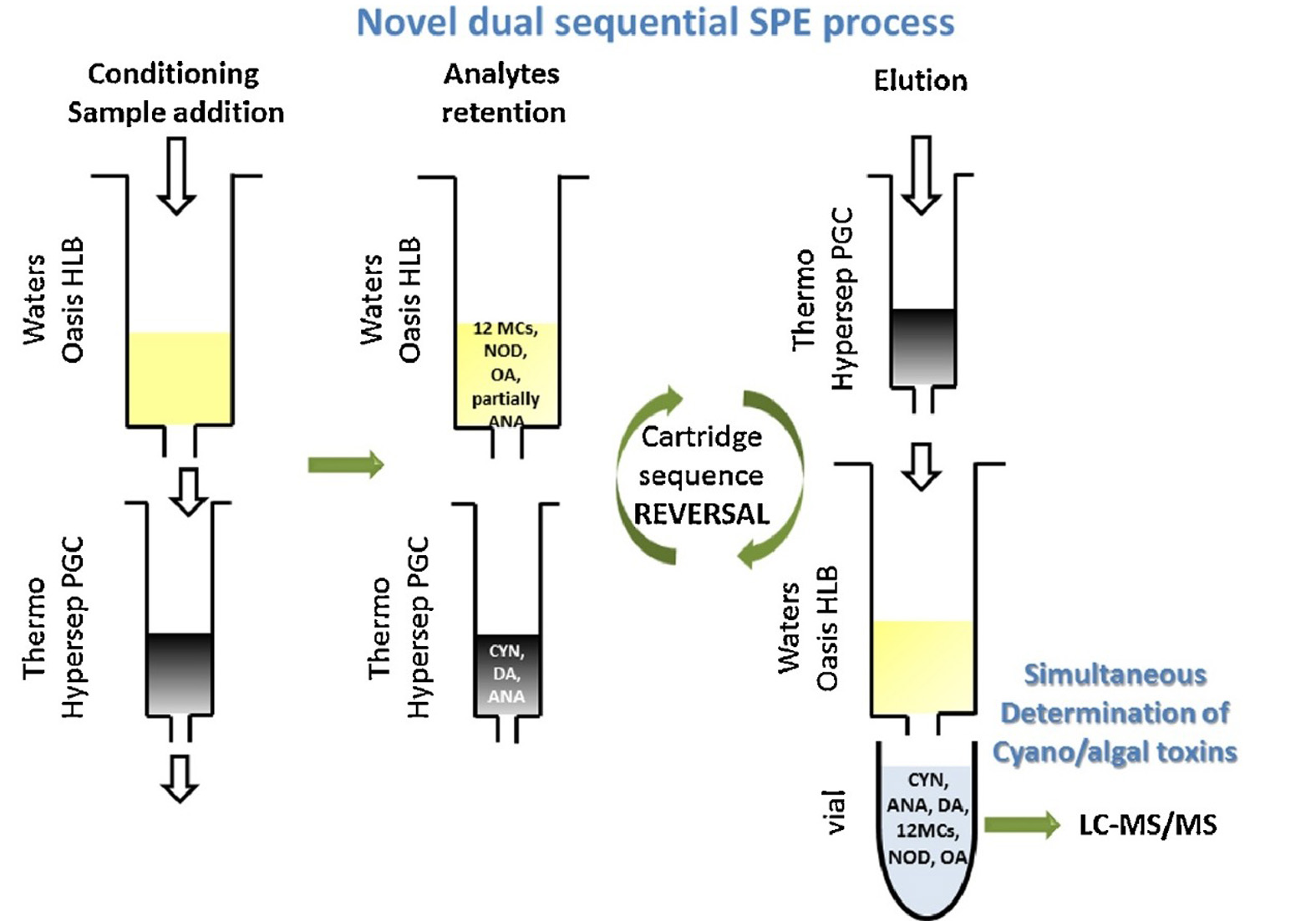